We will start off the new year by looking at some of the things Hungry Ghosts was playing with last year instead of making more blog postings about Squats. First, Ancient Creatures of Chaos!

We have a trio of ancient monsters, the Mark of Chaos Creatures from Citadel Compendium 1 (1983): Zygor Snake Arms, Leaping Slomm Two Face, and Ngaaranh Chaos Spawn. 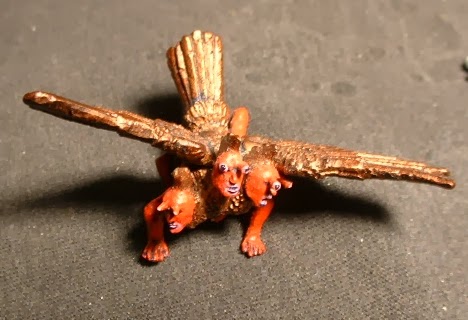 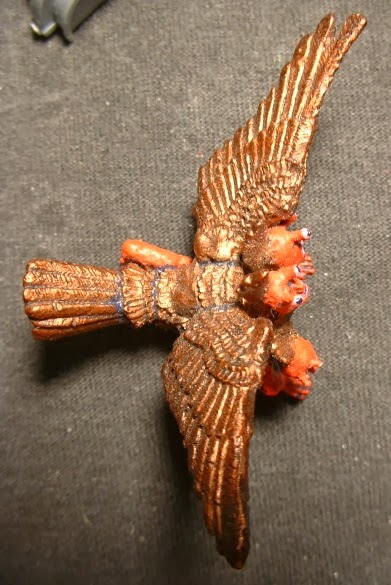 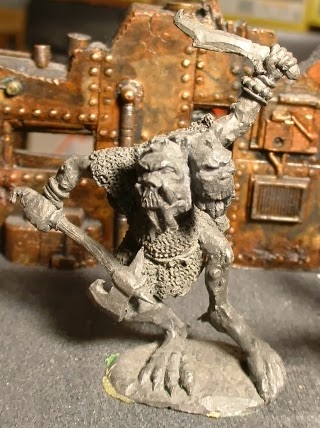 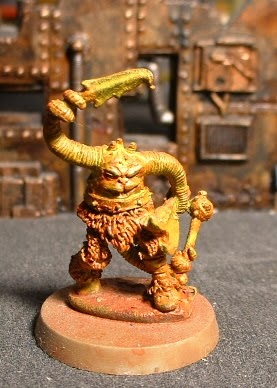 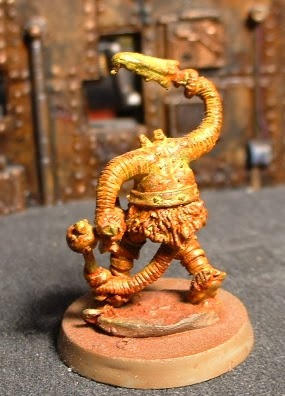 Yes, Beardlings, 30 years ago, no internet (for practical purposes), and photographs were too expensive for hobby catalogs. At least we have some drawings. Hungry Ghosts remembers ordering miniatures just by the name alone: Female Elf Ranger. What's she going to look like? We'll find out in 4 to 6 weeks when she arrives in the mailbox. (We also had to pay $3 for the catalog, which also took 4 to 6 weeks to arrive. A primitive system for desperate young gamers, who also might be mistaken for devil worshipers, but that is a tale for another day. Or an early Tom Hanks film).
http://solegends.com/citcat1984arch/ArcList11-01.htm
http://solegends.com/citle1980/c1chaos/index.htm 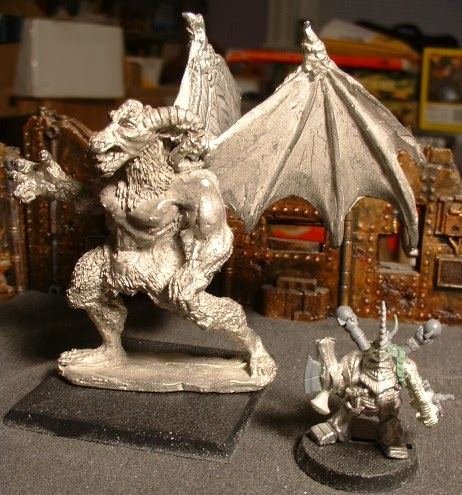 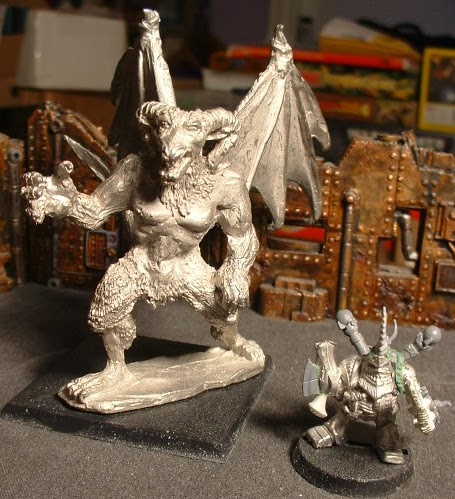 SA-ATOR is a Gigantic Demon Lord of Complex Thought.
"No creature broods with black evil as does SA-ATOR, and no other creatures does he despise more than the pathetic race of humanity. His malice is bottomless, his hatred a deathly palor that glows black upon his rank and leprous hide He could destroy humanity if he wished. But SA-ATOR is far too subtle, and far too cruel, to merely slay mankind. That would he too easy! too unsatisfying! SA-ATOR knows that there are terrors worse than death, horrors more profound than the maw of oblivion, agony a thousand times more intense than the death rattle. No - instead he delights in the corruption of man, pleasures in the dance of death; in the war and hatred and cruelty that he seeds in humanity. These are emotions lie knows well; emotions that could be read in his gleaming yellow eyes were there a creature that dare look. But few living creatures could survive the stare of hatred in that face, or breathe the exhaled air of corruption that issues from that foul muzzle. A few that tried would be lucky enough to die. More likely they would themselves become twisted with bitterness, turned upon their own race and driven insane with lust for death and carnage."
http://solegends.com/citta/ta8saator/index.htm 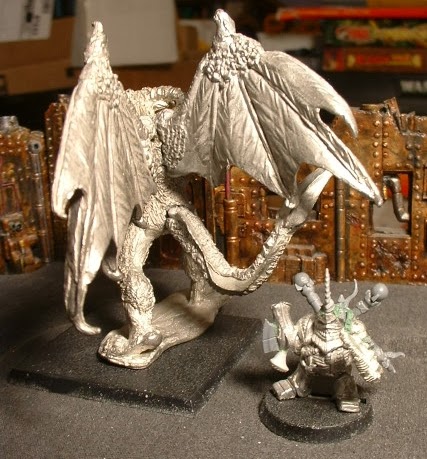 Despite his brooding about the corruption of humankind, SA-ATOR gets 10 Stomp attacks per turn.
Deadly Poison Breath attack too.
The 80s were a good time to be a
Gigantic Demon Lord.
Posted by Hungry Ghosts at 11:45 PM