The Saga of the Squats continues. This volume concerns Squats in Citadel Miniatures Flyers, of which there are not too many, since the Citadel Flyers were published in the mid to late 1980s for the most part, and Squats did not appear until 1987. 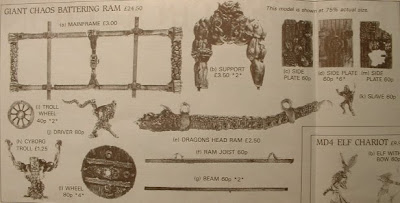 And also includes the rare and awesome Chronicle Chaos Cannon for 9.95, Gun Platform 4.00, Left Side, Right Side 1.50 each, Commander, Loader, and Gunner 60p each (Loader and Gunner same as Petard Mortar), Gun 2.00, Cannon Balls 50p (noted as Unreleased despite the obvious). 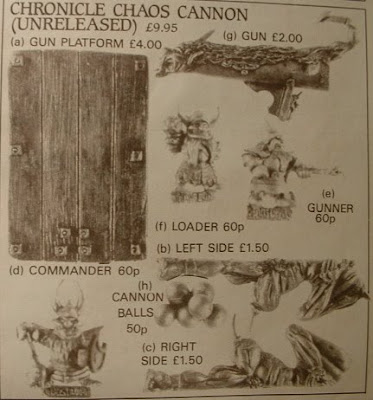 And the Mighty Dwarf Steam Cannon 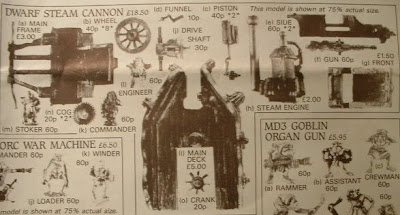 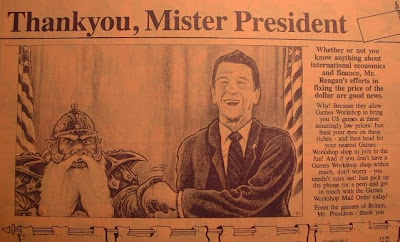 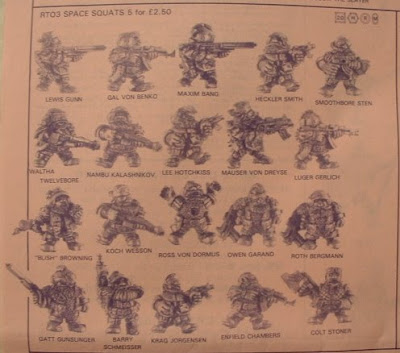 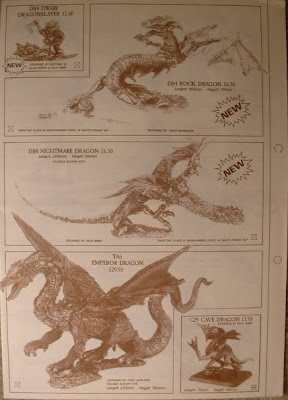 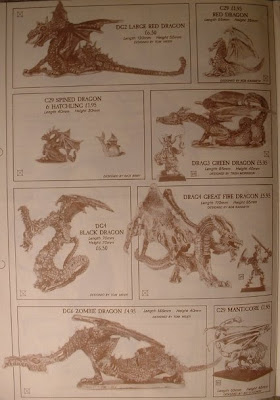 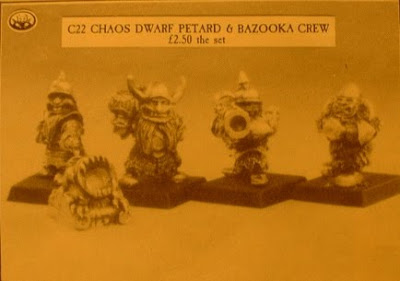 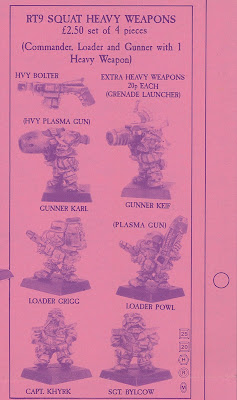 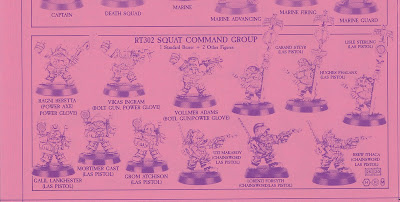 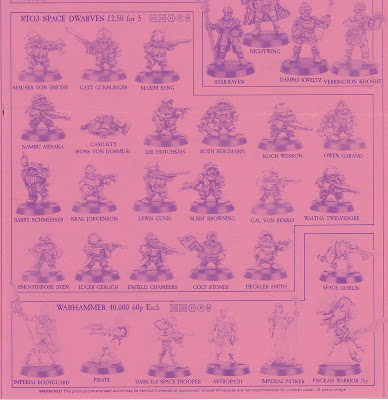 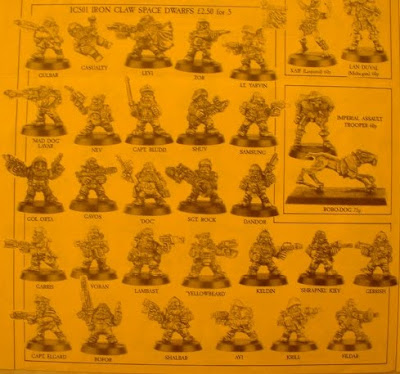 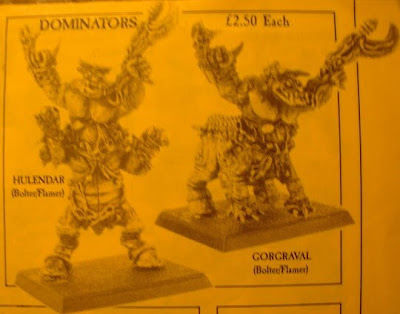 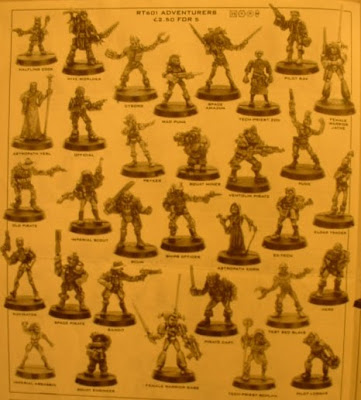 1987 October New Releases – None but Gob-Lobber Cook and Roast available as part of set for 9.99. And Slocombe's Warbots. 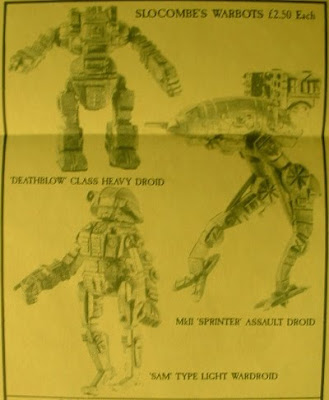 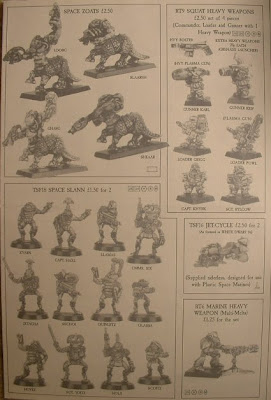 We already saw these Squats, so here are the legendary Space Slann and Zoats as well.
Did you know that, despite their giant size and heavy weaponry, "Zoats were created as investigators, their main role being to understand and communicate with creatures outside the hive mind, assessing their value. Zoats are capable of assimilating information about languages and psychology with stunning speed, making rapid and accurate leaps in their comprehension of alien creatures. Due to this innate capability of understanding the subtlest nuances of facial and body language, Zoats are remarkably charismatic and enigmatic creatures who are able to convey more meaning in a look or gesture than a native can manage in a sentence"?
Neither did I. Could you read that without laughing? Neither could I. From White Dwarf 145, page 43. These guys. Charismatic. Can communicate with Ents with a gesture or a look. 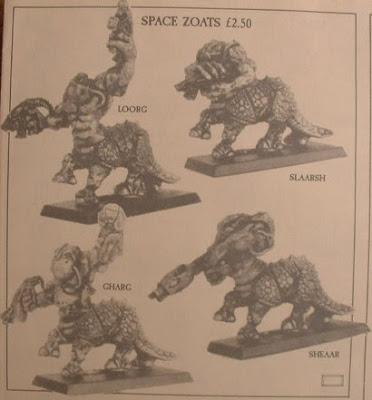 RT7 Mercenaries including Irn-Bonce the Squat, 2.50 for 5
Iron Claw Squat Hovercar, 1.10, this time with the highly desireable Dwarf Booze Brothers, 2.50 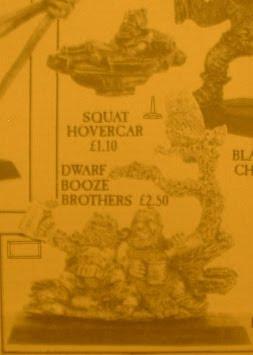 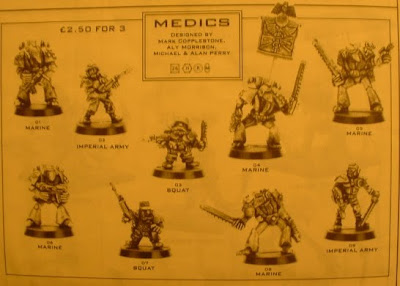