Historia Squataticus Interlude, The Squats Who Might Have Been

It is a bright new year and it is time to ask: Was there a place for the Squats in the Warhammer 40K Galaxy after the Rogue Trader era and its d1000 Tables of Mutations and endless Vehicle Targeting Grids gave way to saner rules? 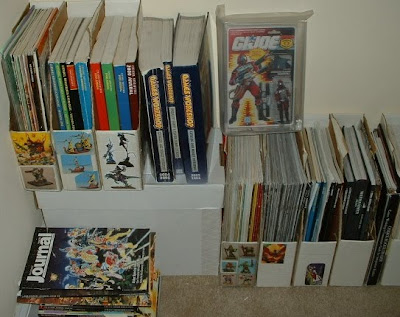 There's Squats in those there Citadel Journals

Of course there is a bias here in Hungry Ghosts Country, but Games Workshop was basically right- there was no reasonable way to make the Squats a distinct army.

A large part of the problem would have been financial risk. Really putting effort into the Squats would likely have involved turning the Epic-scale Squats vehicles into 40K form. And the Epic vehicles that were unique to the Squats tend toward the gigantic and expensive to produce. And the basic transport and tanks would still have to be created. Even the Termite would require special rules for underground movement. I think if there was a great enough demand for Squats vehicles other than the Termite, Epicast or Armorcast probably would have made some steps to fill those gaps. 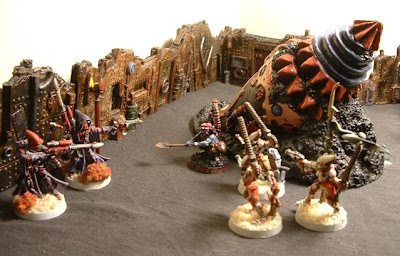 So the Squats fail at a Codex Army level. But the Squats could, and should, have been kept in the game by giving them a lower-level position in the Imperial Guard. The Squats would be like the other initial abhuman strains, the Ratlings and Ogryns. Reflecting the nature of the Squats, a nice choice would be tank and transport drivers. This would have had no practical effect in gaming terms, there would just be bearded little heads popping out of the hatches instead of clean-shaven humans. 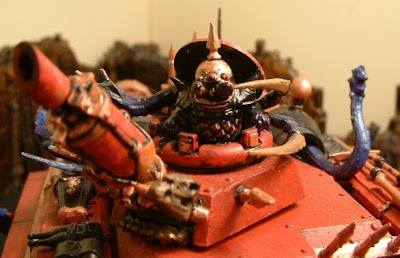 We Demand More Jobs for Retired Blood Bowl Players!
Squat drivers could even be just an option on the tank sprue along with human types. 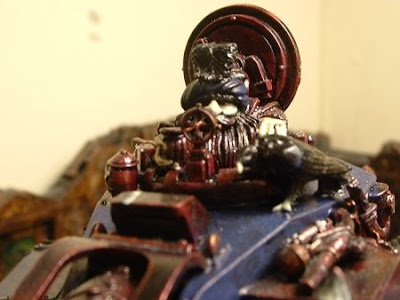 Smoking, Drinking, & Driving. Don't try this unless you are made of Metal. 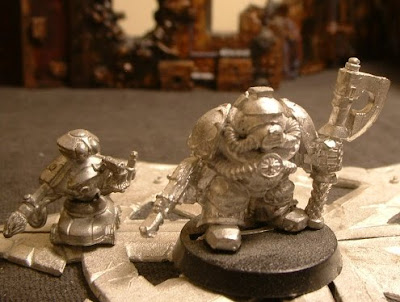 This AMTP made an appearance in the Chicago Golden Daemon contest in 2006. The Paranoia Scrub-Bot continues to dwell in obscurity. But don't let his Disney Eyes fool you, that right arm is a Melta-Gun. 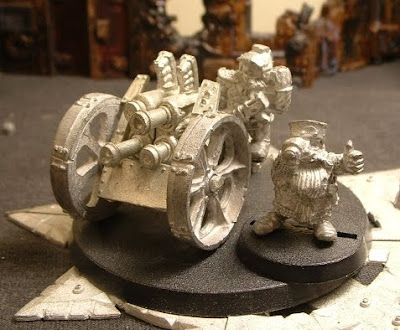 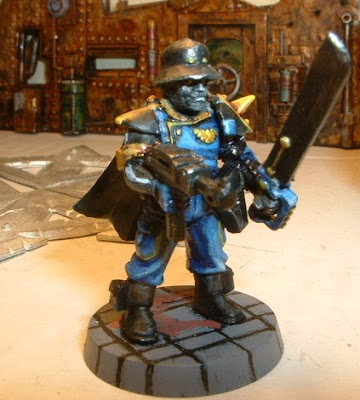 The motley band of rapscallions and scallywags known as Lt. Shaffer's Last Chancers would have been a welcome home for a Squat with a big gun. That is my Darksider version of Lt. Shaffer shown above.

And finally, with its vast range of possibilities, the Inquisitor game could have used a Squat character. No, I have not been crazy enough to convert an Inquisitor scale Squat, but now the genie's out of that bottle... 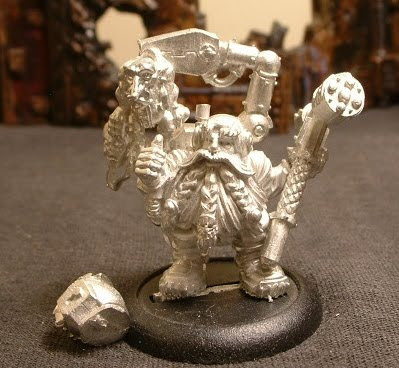 Great Job, Games Workshop!
Let us remember 2010 as the year Games Workshop gave us a Squat version of The White Dwarf. And a fine figure it is, one that says GW is also more relaxed about the strictness of the GRIMDARK Warhammer Universe, letting out a few GRIMDARKgiggles.

Offering a new variant of The White Dwarf each year with the subscription sounds like a great plan to me. I would be very pleased by a White Dwarf Skier reminiscent of the Alpine Ski Dwarf below (a limited release from 1989). 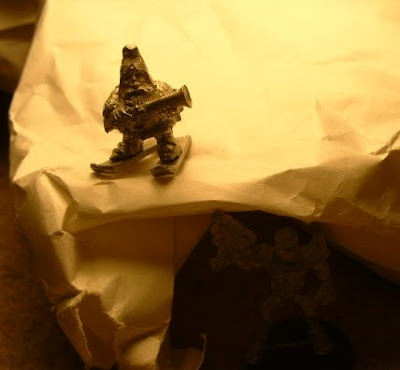