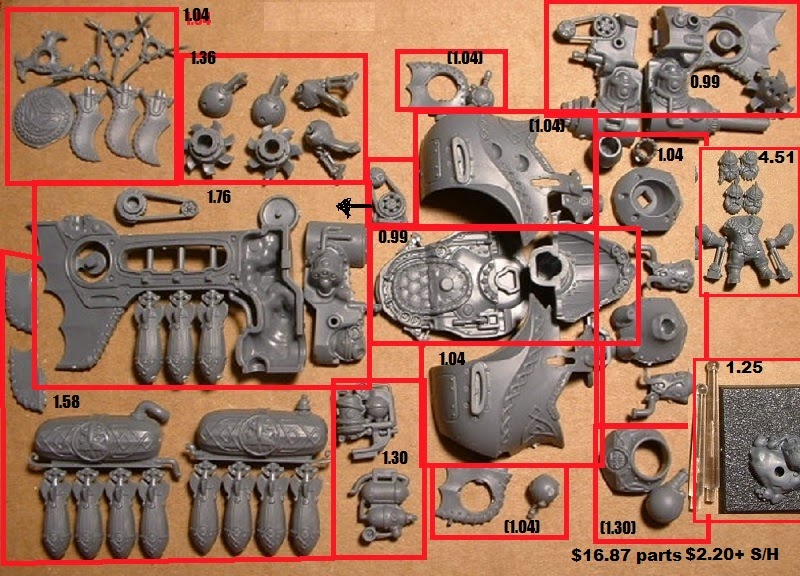 Our Gyrocopter / Bomber built of bits has successfully concluded. Base and Pilot are now present. Cost of parts was $16.87. Cost of shipping is not easy to calculate. These bits came along with assorted parts of Chaos and Undead of various sorts. The seller providing just about all these critters and bits, Bullet Bits, charges $0.20 per item beyond the first so we have $2.20 from what's there. The share of shipping for the rest would be another few dollars. A bit over $20, retail price $45 (free delivery if you spend another $20!).